He returned to Australia in 1978 after being appointed as an academic at The University of Sydney in 1978, won the Edgeworth David Medal (state award for science) in 1985, was awarded a DSc in 1993, and was appointed to a Chair in the School of Medical Sciences in the Faculty of Medicine from 1999. He was elected as a Fellow of the American Heart Association in 2003 and in 2010 was awarded the Lewis K. Dahl memorial lecture which he presented in Washington, DC at the annual scientific meeting of the Council for High Blood Pressure Research. That body (then the Council on Hypertension) bestowed on him the 2014 Irvine Page-Alva Bradley Lifetime Achievement Award.

In 2006 he won The Faculty of Medicine Award for Excellence in Postgraduate Research Supervision.

On Australia Day in 2007 the Waverley Council conferred on him their "Scroll of Honour" in recognition of his community service. Prof. Morris has served 3 six-year terms as a member of the Executive Committee of the High Blood Pressure Research Council of Australia, having attended every meeting in its history from the first in 1978. He was Treasurer until end of 2010 and is currently Editor. Until recently, he was a member of the Editorial Board of Hypertension, an official journal of the American Heart Association, having served in this capacity over several terms. He has also been a member of the editorial board of the Journal of Hypertension, the official journal of the International Society of Hypertension, and is currently an Associate Editor of Frontiers in Physiology (Integrative Physiology).

In 2018 Brian Morris was inducted into the Order of Australia as a Member. 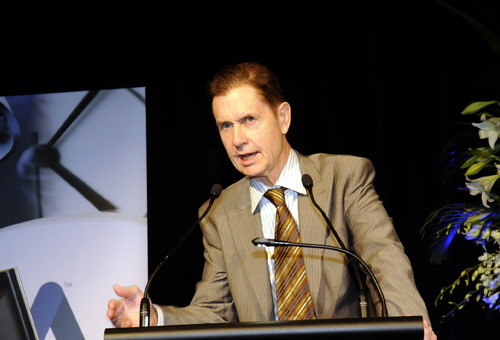 I work full-time as Professor Emeritus in the School of Medical Sciences at the University of Sydney, having been a Professor since 1999. I have taught medical and science students since my appointment in 1978. My research career began at the end of 1970 as an undergraduate involved in the discovery of prorenin. I now have over 50 years of medical research experience, mostly on the molecular biology and genetics of cardiovascular disease, which expanded in recent years to longevity. In the late 1980s I co-developed and patented the first PCR-based test for cervical screening that has now replaced the pap smear for primary screening in many countries, including Australia. I have over 420 publications, many in high-ranking journals. Of these, 110 are on male circumcision.

I am not Jewish, nor a medical practitioner or lawyer, so have no religious bias or medico-legal concerns that might get in the way of a rational presentation of the information that has been published in reputable journals. I have no involvement in clinical medicine.

I don't care what a person's circumcision status is. What I do care about is that professionals and the public alike be provided with reliable, well-researched information. I see this as part of my academic duty in the interests of education. It is then up to each person to apply this knowledge when making decisions in their own best interest or in the best interests of their children or patients. Please therefore note that this website is a review of the literature. It is not my personal opinion.

I came across this subject by chance from my work starting in the mid 1980s on human papilloma (wart) virus (HPV) in the causation of cervical cancer. (The technology I applied to detect HPV types - PCR - has been awarded US, European and Australian patents, and is now being rolled out internationally for better cervical screening that can be used in conjunction with sampling by women themselves.) This research area brought me into contact with scientists and clinicians who specialized in sexually transmitted infections (STIs) generally.

I was particularly struck by the evidence in the medical literature for a role of the foreskin in transmission of HIV to men. In fact I was at a (hypertension) conference in Nairobi in 1989 when the early paper in Lancet from Plummer's group appeared. By coincidence this study was conducted in this same Kenyan city. That paper put into context the stories I was hearing in Africa and back home, about the huge AIDS problem in that continent, and its spread to other parts of the world.

My discussions about this with others in Sydney led me to becoming seen as some sort of "local expert" on circumcision in prevention of STIs. As a result I was invited to give a talk on STIs to the "Fellowship of Jewish Doctors" at a symposium they held on surgical, legal, religious and STI aspects of circumcision (my assigned topic being STIs). To prepare for this I carried out a detailed literature search and compiled much information, which I then condensed into a 30 minute talk. The talk I gave was taped, with a view to publishing a transcript in the newsletter of this group. However, the tape was not of good quality and I was asked if I would write up what I had said.

Eventually I got around to doing this. I then thought that such a literature review might be helpful to others seeking the truth about circumcision, especially if they went to the internet and were confused after reading the misinformation and campaign material of the various anti-circumcision groups.

I have updated the site many times over the years. In 1997 a publisher (University of New South Wales [UNSW] Press) noted that my website had attracted a large number of "hits" (60,000 per year when I used to have a counter on it) and after checking around they saw an opportunity for a book. I agreed to their request and a year or so later this was written and published, with the somewhat provocative title the publisher chose for it of "In Favour of Circumcision".

Really, my only reward for contributing this publication was, just as this website, the information it provides others and thus the health and well-being of the community. Although information on how to order this 1999 book is provided in the present website, I would advise the reader to refer to the website itself instead as the information in the book is now well out of date.

As intimated, a vast amount of misinformation from anti-circumcision groups permeates the internet. One might ask if they think "the bigger the noise the more likely it is one might be heard"? As I scientist I have been offended by the deviation of such "propaganda" from the overall message from the numerous research findings I have read in the many medical and scientific articles in reputable professional journals.

I know from the emails I get that my site has been of great help to many parents as well as men and women seeking reliable information on circumcision.

Finally, I should add that I similarly promote the health messages emanating from medical research findings in other areas.

I am thus anti-tobacco (being a member of the NonSmokers Movement of Australia for over 30 years), anti-alcohol in excess, anti-junk food, anti high fat diets, anti meat consumption (I am not, however, opposed to the killing of animals for research or vermin control), anti-dairy, pro human breast milk in preference to bovine milk for babies (and pro breast feeding), pro high intake of healthy vegetables and fruit, pro seafood (omega-3, etc in prevention of cardiovascular disease), anti eating to excess, pro moderate exercise, pro immunization, pro non-soap based cleansers for the human body, as well as supporting all health and well-being messages that should be familiar to most educated people (even though not all of these people put them into practice). In fact my interest in all things pro-health began when, as a high school student, I attended a public lecture by the American, Lelord Kordel, and bought his book "Eat Right and Live Longer". I found at this early age that taking a stance on health-related issues was a sure-fire way to become unpopular amongst one's peers. Especially in the mid-1960s!

I initiated and organized 4 symposia on healthy living and life-span extension in the three largest cities of Australia in 2002 and 2003 and produced professional DVDs and audio CDs from these events. The enthusiasm for the topic generated by the medical practitioners and others who attended helped fuel a new organization, the International Conference on Healthy Ageing and Longevity, which ran for the next 3 years (with me on the Council). This was followed by the A5M conferences, which I have no involvement in and have reservations about owing to money-making motives, and promotion of hormones for rejuvenation, as applied initially and still does for the A4M meetings in the USA. I nevertheless accepted an invitation to speak in 2009 and even gave the opening address, taking the opportunity to present the current science, especially on the genomics of ageing and longevity. The ageing area and nutraceuticals has led me to have been invited to write a number of scientific reviews and books chapters, as well as conduct research on the effect of resveratrol on genome-wide gene expression of human cells in culture.

I organized the first international conference on the molecular genetics of hypertension, a field I pioneered in 1988. These conferences have been continued on an every two years basis in cities around the world, coinciding with meetings of the International Society of Hypertension. I also organized a symposium on "physiological genomics" and set in train a model that others followed of involving appropriate trade display and sponsorship from cognate biotech industry. I have also played various roles in other major conferences and their organization over the years, both national and international.

I am also concerned about the environment as a member of Green-Peace, even though I do not agree with all of their tactics. I am active in matters of public safety, and various other health-related issues.

I have represented my Discipline as a member of the National Tertiary Education Union for many years and participated in Enterprise Bargaining campaigns. I served a term on the central committee of the University of Sydney Branch of the NTEU.

I have won major awards for my research.

Finally, I am a happily married circumcised heterosexual male with children. 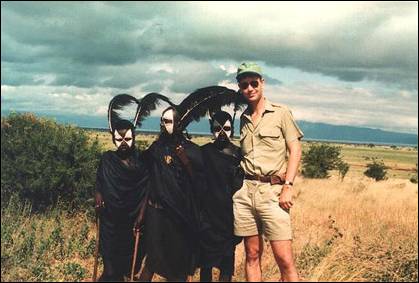 Brian Morris and Maasai boys in Kenya - the boys are dressed in traditional dress worn for their initiation into manhood, and which included becoming circumcised. The razor blade used is worn as a pendant around their neck.

Guide for Parents
in various languages

Benefits of circumcision
- a guide for men